On behalf of the team at Phundo, we wish you and your family a very happy Diwali.

Over the past few weeks, I have come across two very interesting books which I highly recommend. The first one is titled " The Spider Network " and the second is called "Billion Dollar Whale". 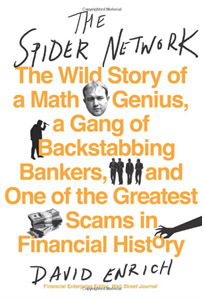 The interesting aspects of both books is the sheer brilliance of the main characters in the method they used in pulling off the biggest heist in the financial industry in recent times. The reason I chose these books was that the topic is and will remain relevant to us. We may never have dealings with such individuals or institutions as mentioned in the books, yet we may find ourselves as the victim of financial crime.
Men, money and morality have reached a new low across the world. In India we are not insulated from these challenges as no geographical or financial boundaries can ever alter human behaviour. Countries may enact the strictest of laws and bring in regulations, but until human beings respect these laws and the institutions that frame them, we will constantly hear depressing stories of how common folk get ripped off their hard-earned money.
The conspirators in both books are highly educated individuals with a passion to perform and an ambition to make it rich quick. Nothing wrong in either but the methods employed wrecked peoples lives. Tom Hayes, a math Wizkid, manipulated institutions, corrupted the people within and lied to ensure that LIBOR – the benchmark lending rate
called the London Interbank Lending Rate – worked in his favour. A 1bps (1bps = 0.01%) movement of LIBOR in favor of his bets would net him a profit of $ 3million. Several hundred such trades would impact the benchmark lending rate and in turn, impact those individuals who borrowed to buy a home. The institutions that he worked with made millions in profits and that's why they turned a blind eye to corrupt practices employed by Hayes including signing off on expenses to pay off officials through a well-crafted Spider Network. 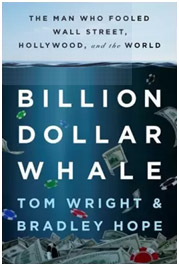 It's not uncommon that key matrixes in the banking system get manipulated. The systematic destruction of processes, lack of transparency and the breakdown of trust are areas that make or break an economy. But when political and financial manipulation takes place then I call this a lethal combination of forces on a complete path towards destruction. That’s exactly what Jho Low also called the Billion Dollar Whale did in his $ 7 billion heist.
He paid off the political class and dolled out millions in fees to banks to ensure they laundered his ill-gotten money. The victims, in this case, were the Malaysian taxpayers and shareholders of institutions.
The learnings from both books show that corruption and deceit can impact us. It is therefore very important for us to be vigilant when managing money. Not that we need to do this 24x7.
Frequently accessing your accounts and portfolios is an important task. At Phundo, we give you tools to stay up to date and when in doubt we are here to answer your questions. So sit back, SELECT INVEST RELAX the Phundoway.