Newsletter – Localisation is the new Globalisation 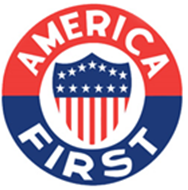 The “America First” campaign brought the republican candidate, Donald Trump, into the White House. The narrative to win elections was set from the day he was elected as President on the 8th of November 2016. America’s “protectionist message” sent out a deep and
dark warning to global economies. Predictions were setting the news feeds abuzz with major shifts in global growth, which focused on localization across the world.
While China was slowing down, western companies exposed to China were being clobbered on the markets, (for example Apple) with more aggression to build locally gaining momentum – like Modi’s Make in India and Xi’s Make in China campaigns. In November 2018 Donald Trump signed the trade pacts with Mexico and Canada ending speculation of a cold war with his neighbors. China cooled off its aggression against the US (see Phundo’s article - Fire & Fury).
As unemployment falls and profits rise, a sense of complacency seems to be setting in. Trade tensions continue to simmer and cross border investments, bank loans and supply chains have been shrinking or stagnating, relative to world GDP. (See Chart below Source: The Economist)

There are several reasons why global growth rates are on the decline – the financial crisis of 2008-09 was a huge shock to the banking sector resulting in tightening of financing trade especially cross border. Multinational
investments dropped from 10% in 2005-07 to 6% in 2017. Local competition is getting leaner and meaner as global firms find it hard to compete with costs structures of local firms.
But the most important aspect that one must not ignore. Services are becoming a larger share of economies and reforms have not been upto speed to allow seamless trade cross border. An Indian lawyer is unable to execute wills in Paris while a Chinese dentist is unable to drill in Texas. Emerging economies are getting better in manufacturing their own inputs making them self-reliant and presenting better opportunities overtime. Factories in China and India are manufacturing more parts for the mobile phone and the automobile industry that is at par to world standards yet at 1/3rd the cost.
It maybe difficult to make money in equities in the short term given this shift in Globalisation leading to more Localisation. At Phundo we believe that fixed income is a huge opportunity today allowing for near to double digit returns. Choose wisely. SELECT INVEST RELAX the Phundo way.