How late is late to Invest ? 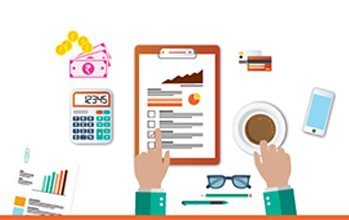 My Hyderabad-Bangalore flight was scheduled to leave at 6.10 am for which my taxi pick-up from the hotel was at 3.45 am. The driver arrived 15 minutes late and since he was late he drove the car breaking all traffic rules putting his life, my life and the life of others on the road to risk. At the airport I told the driver in right jest that I was not worried about missing the flight but was concerned whether I would reach the airport at all!

Being late is an inborn trait of most of us which we display during most of our daily lives, we leave late for work, we leave late to drop our children to school, we arrive late to watch a movie, we leave late to catch a bus, train or flight and so on. While we are late we take risks, break rules, even use abusive language and make mistakes that would have been avoidable. Meticulous planning ahead of the already known events and its consequences if not executed well would really make a world of difference to the outcome.

Similar circumstances can be witnessed in a cricket match too, while chasing six runs per over to win a match if the team wastes the initial overs by scoring at three runs per over the batsmen later will have to take risks trying to offset the earlier mistakes which could cost their wickets and in the end even losing the game which would have been won otherwise. Surely the captain would have given right instructions to his teammates to start structuring their innings in such a way that they can avoid such tense situations later.

When it comes to investing too we display such traits that force us to take risks that would have been clearly avoidable. At 30 years of age a married individual would be aware that he would retire in the next 25 years, their kid's would be getting into higher education some 15–20 years later and also getting married, all these are “foreseen” events which can be planned early than late. Let’s put-forth some numbers to understand the difference between starting late and starting early.

Your present age is 30 and retirement age is 55 years, inflation-accounted future monthly expenses is Rs.68000 (at 5% annual inflation). The retirement corpus required would be Rs.2.70 crore (future risk-free interest rate at 3%), if you start investing from today to create Rs.2.70 crore, at 12% rate of return you would have to invest Rs.15000 pm. If you start 5 years later it would be Rs.27500 pm and 10 years later your contribution would increase to Rs.55000 pm. The goal amount and your retirement age remains to be unchanged but the monthly investment has changed drastically, just like the run-rate in a cricket match increases to chase down the same target.

Similar situations will happen for other foreseen and unavoidable goals such as children higher education and marriage expenses, if the goals with the amount required after accounting for inflation is identified early and start investing the contribution to build the desired corpus would be small and affordable, but if started late the contribution goes up making the target difficult to achieve.

While investing for tax saving under Section 80C too most people display such traits by not planning their choice of instruments early. They frantically start chasing tax saving schemes during February / March months with very little time left and invariably choose wrong products and schemes which could be detrimental. When such delayed investments are made the chances of making mistakes and taking risk would significantly go up just like my taxi driver did.