Fear psychosis is a deep-rooted concept in investment behaviour and is nothing new when it comes to investing. The month of September 2018 has been a time where the two markets; debt and equity have been rocked by volatility and unpredictability. This has resulted in investors questioning whether the markets are heading for a downturn, similar to the one seen in 2008.

Keeping track of debt markets provides clues to how equity market can behave. In the US the subprime crisis commenced with the downgrade of complex high-grade fixed income structures defined as AAA & AA. These downgrades drove the stock prices of some of the big names – Fannie Mae, Lehman Brothers to name a few - that were perceived to be “To Big to Fail” to unimageable levels resulting in a meltdown across global equity markets. However, the subprime crisis in the US was caused by selling subprime debt to households which is not the case here at present. Debt markets are however, complicated to track given the lack of information flow to non-institutional investors.

Thirty-five Mutual funds have been impacted by the downgrade of IL&FS leading to a mark down in the value of this security and its subsidiaries to as high as 50% resulting in net asset value (NAV) loss on schemes. Why have the subsidiaries that were in many cases, rated as high grade (AAA& AA) been marked down ? Most of the borrowing done by these subsidiaries was structured with an obligation guaranteed by the parent – IL&FS.

But when the parent itself defaults, the ability to cover the borrowing by its subsidiaries becomes questionable - hence their downgrade by rating agencies. The impact on IL&FS has gripped the equity markets in a state of uncertainty leading to volatility. As the news sunk in, market analysts commenced exiting from equities as they anticipated a liquidity crisis. IL&FS not only has payment obligations to the banks and capital markets but they also need to pay their suppliers and vendors many of whom have borrowed from the banks and Non-Banking Financial Corporations (NBFC) that are listed on the stock exchange.

When a large company defaults it has a cascading effect. Though equity markets have corrected due to a variety of macro and micro economic reasons, analysts sighted IL&FS as the main reason for the intraday fall of 1,496 points on 25 September 2018. 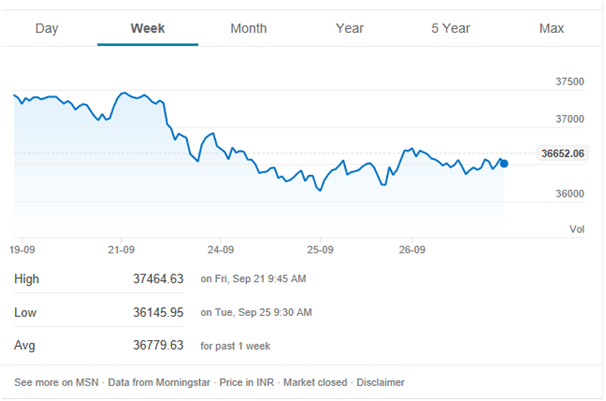 IL&FS was expected to implode at some point, given that RBI had warned about over-leveraging in the company’s financials in its FY15 report. Why did this not get picked up by capital market intermediaries and rating agencies then ?

IL&FS is India’s “Too Big to Fail” corporation. The government has issued statements to calm down nerves and inject liquidity if needed. LIC which owns 25% of IL&FS has pledged its support to the company. It will only be a matter of time before one is able to get a glimpse of the bailout package to come.

All you need to do is select, invest and relax with PHUNDO.