The third most talked about topic in the international press in 2018 after the Facebook scandal and Elon Musk’s controversial idea of taking Tesla private, was the US trade war with China. But what people know
little of was that the US & China came close to launching a limited hot war due to a military misunderstanding in 2017 in the South China Sea!
They say that the Dragon never sleeps. China has been growing as an economic super power ready to take on the world! With 6.8% growth rate, a current account surplus, one may say it is no great shakes as it contributes just 15% to the world GDP. But flip this data around, China 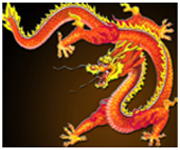 The worrying fact is that the super powers still use obsolete technologies to communicate their military maneuvers. Fax machines are the official line of communication between the White House and the Zhongnanhai– The Central Headquarters of the Communist Party of China.

China has been seen to forge closer military ties with the Russians, pushing for greater military superiority globally and flexing its muscles with its so called Asian arch rivals – Japan and India. In doing so,
itrisks escalating tensions with the US at a time that the cold war between the two have reached levels that have had collateral damage to global markets. It’s not surprising that the heat was turned up on the cold war due to misplaced misunderstanding between two fax machines back in 2017.

The new year rings in a refreshing message from China. The Dragon finally sees sense in de-escalation of tensions between the two countries. As China scrambles to sustain its
tariff truce with the Americans, it realizes that escalating tensions will hurt them more.

After an eye-for-eye policy with the US, the Chinese are determined to bring the trade war to an end. In an unprecedented move, Ma Jiantang Vice President of a think tank under the Xi’s cabinet has said that America and China “are inseparable”.

China’s peace overtures are now coming together. China has resumed the purchase of American soyabeans, announced tariff cuts on auto imports and has stated it will modify its industrial policy to prevent the setup of suspicious Boards. Is this sufficient to satisfy the ever-erratic Donald Trump?

Early signs seem to show that the Americans like what they see. On
14th December 2018, post the announcement by the Chinese state Council that it was cancelling the extra 25% import tariff on American made cars, Trump stood up and said “China wants to make a big and very comprehensive deal. It could happen

and rather soon!” But its too soon to celebrate. First, the Chinese realize that Trump is an unpredictable irrational human being making it difficult for them to propose the icing on the cake! Second, Trump is torn between two China centric schools of thought in his own administration. Steve Mnuchin the Treasury Secretary supports the view to allow China to buy more American energy and agriculture. Robert Lighthizer the US trade Representative has been demanding that China halts practices that allows firms to steal technology from the US.

To complicate issues further, Canada has detained Meng Wanzhou the CFO of Huawei on an extradition request from the US. Wanzhou is the daughter of Huawei’s founder Ren Zhengfei a close confidant of
President Xi. Whichever way the situation between the US & China will turn will be anybody’s guess. But one thing is clear. China has a lot to lose in this Game of Thrones. And they know this. First, it is walking away from its “Make in China 2025” plan aggressively objected by foreign businesses. Second, it wants to show that foreign companies play on a level playing field. Tesla is on track to be first foreign carmaker to have a wholly owned subsidiary in China, UBS, a Swiss bank, recently became the first foreign firm to be allowed a majority stake in a Chinese brokerage firm. Exxon Mobil will soon commence development on a wholly owned petrochemical complex.

As news reports continue to articulate the Fire & Fury between the Americans& Chinese, it’s important to replace Fiction with Fact. Ties between the two countries is on the mend atleast for now.Phundo believes there will always be more noise than even when it comes to the American – Chinese relations. Don’t delay your decision to invest due to the ever-increasing noise levels. SELECT INVEST RELAX the Phundoway.