Debates have been raging in the international press over the European Union (EU) as the next possible destination for investors to make money. This has gathered pace with the US economy showing signs of fatigue and Trump’s erratic and inconsistent behavior.
The EU consist of 28 member states, likely to drop to 27 if the United Kingdom does successfully exit in March 2019. With the EU contributing 22% ($ 18.8 trillion) to

the global economy, it is by far no means to be ignored. But is it a place for investors to make money?!!

No company in Europe in past four decades has gone to be worth $ 100 billion today. VW Group was knocked of the $100 billion club post the emission scandal in 2017 and now stands at $ 73 billion.
The Americans on the other hand have managed to do this feat four times over with names such as Amazon, Apple, Google, Home Depot, Wal Mart and many more. China on the other hand is catching up to the EU with its ever growing economic superiority on the world stage.
Angela Markel has made a dispassionate plea to reform the system to make EU companies competitive. The fact is, the EU is designed as a single market for goods and works less well for services that makes up 70% of Europe’s economy. Emmanuel Macron has come up with another theory finding favour amongst leaders in the EU – let European companies merge their way into the top league. From steel making to stock markets, from railways to banking, European bosses are calling for the merger of businesses to allow to make way for “European Champions”. But will this strategy work?
While the political and business class in Europe complain

that the US & China tilt the playing field in favour of their own companies whether through its “America First” campaign or Chinese soft loans, economists believe that allowing mega mergers is a Big Mistake.
Chaira Criscuolo Senior Economist at the OECD, a think tank for rich nations, believes that European companies are not made to compete! The average marketshare of the top four firms in Europe by industry has risen by 3% since 2000. With cash on 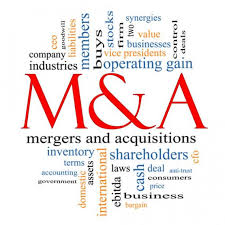 balance sheets of non financial firms as a share of GDP is well above the 20 year average, the answer is not to make bigger firms bigger. Industrialists will however argue that added size will make companies more efficient and competitive globally. Take for example Airbus the aerospace giant, with cross border deals making it a success story.
But then regulators cry foul at the very idea of mega mergers such that the one between Germany’s Siemens and France’s Alstom. The combined firm would be three time bigger than its closest rival in the rail market, certainly not in the best interest of consumers, countries and the economy at large.
If M&A is not the way forward then what is? Greater integration of capital markets, innovation and digital services need quick execution if companies in the EU want to compete with those in the US & China.
At present, there is more money to be made in the US & India. That’s precisely why Phundo has not approved mutual funds with exposure to European stocks. SELECT INVEST RELAX the Phundoway!